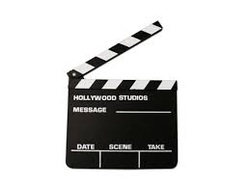 Los Angeles has the sets. Manhattan the skyline. San Francisco the hills.Cleveland?  Well, it ain't glitzy, but it's cinematic in its own way. Yes, the city gets typecast, but it has received its share of screen time. It's the gritty, scruffy and tough character actor you've seen in all sorts of flicks.  Then come the inevitable questions about "A Christmas Story." Then the trivia game: "Name the films made in Cleveland."  It's an easy game to play, because the city has such a strong presence, said Hollywood screenwriting star Joe Eszterhas.   "Cleveland has a cinematic beauty that you spot right away," said Eszterhas, the Clevelander who penned scripts for "Basic Instinct" and "Showgirls." "You still see echoes from the past." Those echoes inspired Eszterhas to demand that the 1997 film "Telling Lies in America" be made in Cleveland.

"It's autobiographical, so I wanted it shot here," said Eszterhas. "You can actually do something like that with Cleveland, because you see the West Side Market or Lorain Avenue, and there's something untouched about it all. It's rare." So rare that the Greater Cleveland Film Commission makes it part of its pitch to get films made here.  "Other cities like Los Angeles tear down an old block and build something new," said Ivan Schwartz, film commission executive director. "Here, you have old, interesting architecture that's still functioning, so you can make a film that looks like 2008 or 1922."

Jim Jarmusch was looking for more than time or place when he set his groundbreaking 1984 film, "Stranger Than Paradise," in Cleveland.  "I grew up in Akron, so I have a fondness for post-industrial landscapes," Jarmusch said via phone from New York. "But I can't say that I was trying to capture one thing, like 'desperation' or 'beauty.' " The film focuses on three misfits who drive through the Flats while listening to Cleveland blues legend Screamin' Jay Hawkins. They end up at the East Ninth Street pier, staring out at the lake, like deadpan existentialists.

"There's a personal reason I set 'Stranger Than Paradise'  there -- because the characters were immigrants, and it fit with Cleveland," said Jarmusch. "But there's something about Cleveland that you can't explain: The ghosts are very different than anywhere else."  If you love to chase those ghosts, here are some of the films that capture them on the screen:

"Against the Ropes": Meg Ryan can boast that she got to see Public Square while shooting this 2004 boxing flick. Other scenes were shot on East 105th Street and in front of the Third Precinct police station on Payne Avenue.

"Stranger Than Paradise": The 1984 indie classic chronicles a drive through the Flats that ends up at the East Ninth Street pier.

"The Light of Day": Michael J. Fox and Joan Jett play working-class rockers who wind up playing the Euclid Tavern, 11629 Euclid Ave., in this 1987 movie. Check out that old-school sign.

"Telling Lies in America": The 1997 flick "made Cleveland look like Prague," according one critic, because it focused on the West Side Market and Cleveland's near West Side.

"Welcome to Collinwood": The 2002 flick made the case that Collinwood still looks like some place from another time. It included scenes filmed in a vacant lot atEast 131st Street and Taft Avenue. 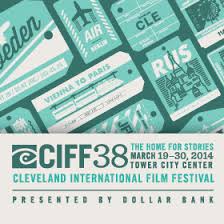 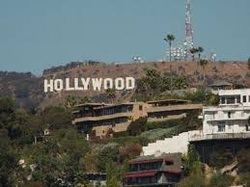